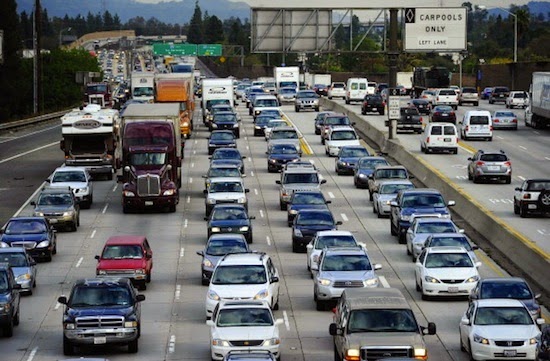 Los Angeles has been the poster child for traffic insanity and air pollution for decades -- and it still is. However, lately they are saying, enough.

It's not exactly a war on cars, but an L.A. policy shift could be a big one, and it's been said that the way California goes, so goes the rest of the country. And many cities, big and small are looking at this, as they try to deal with their own 'drive everywhere' problems.
A 20-year Mobility Plan OK'd by the L.A. City Council emphasizes bike lanes, bus lanes and streets redesigned to slow down cars and raise survival odds for people on foot and bikes. They endorsed a sweeping policy that would rework some of the city’s mightiest boulevards, adding more lanes for buses and bikes and, in some places, leaving fewer for cars. The goal is to improve safety for cyclists and pedestrians while also luring more people out of their cars. MORE >>
- August 20, 2015