The Growing Importance of Bicycle Infrastructure 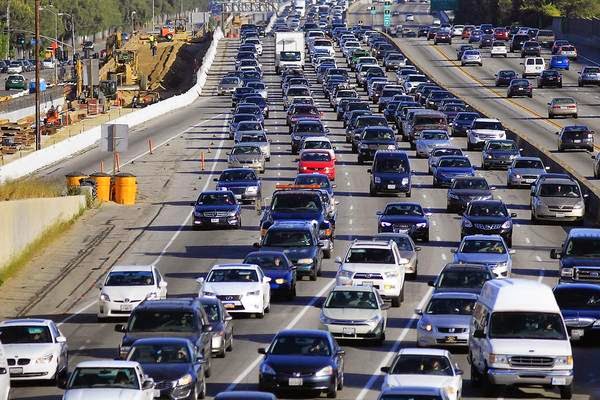 Why more cities need to embrace bike lanes, bike parking and other bicycle infrastructure in their urban cores.

The Value of Bicycle Lanes and Thoroughfares

There is a growing connection in the relationship between amenity- or service-oriented businesses and the proximity to bicycle thoroughfares. These kinds of businesses would include restaurants, coffee shops, pubs, boutiques, and the like. Michael Andersen, who writes for BikePortland and People for Bikes, has written numerous articles that detail this trend. “Bikes, it turns out, seem to be a perfect way to get people to the few retail categories that are thriving in the age of mail-order everything: bars, restaurants and personal services. And in Portland, where an early investment in basic bikeways has made bikes a popular way to run errands, retailers are responding by snapping up storefronts with good bike exposure.”

Locally, an example of these changes taking place is North Williams Avenue (and North Vancouver Avenue) which carries thousands of bicyclists towards and away from Portland’s downtown. Over the past few years many of the businesses that have cropped up strategically cater to these pedal-powered consumers ranging from the Hopworks BikeBar, coffee shops (Ristretto Roasters), eateries, yoga studios, United Bicycle Institute, Portland Design Works (which makes accessories for bikes), and more. In one building alone there are three businesses owned and operated by women who cycle, a bike shop catering to women cyclists and their interests (fashion and otherwise ... which just moved up to Alberta Street), a bicycle frame builder, and a bicycle wheel builder. All of this bicycle traffic has influenced businesses here significantly.

What is revealed is that bicycle traffic equates revenue for places like coffee shops, boutiques, pubs, and other specialty shops. “It’s not just that a potential customer on a bike is just as valuable as the same potential customer in a car. It’s that good bike access is disproportionately good for the core customers of bars and restaurants.” The thriving service sector benefits greatly from bicycles. Cycle tracks, bike lanes, and buffered protected bike lanes are good for business. A recent article highlights the benefits of protected bike lanes:

• Protected bike lanes increase retail visibility and volume. It turns out that when people use bikes for errands, they’re the perfect kind of retail customer: the kind that comes back again and again. They spend as much per month as people who arrive in cars, require far less parking while they shop and are easier to lure off the street for an impulse visit.

• Protected bike lanes make workers healthier and more productive. From Philadelphia to Chicago to Portland, the story is the same: people go out of their way to use protected bike lanes. By drawing clear, safe barriers between auto and bike traffic, protected bike lanes get more people in the saddle “burning calories, clearing the mental cobwebs, and strengthening hearts, hips and lungs.”

• Protected bike lanes help companies score talented workers. Workers of all ages, but especially young ones, increasingly prefer downtown jobs and nearby homes, the sort of lifestyles that make city life feel like city life. Because protected bike lanes make biking more comfortable and popular, they help companies locate downtown without breaking the bank on auto parking space, and allow workers to reach their desk the way they increasingly prefer: under their own power.

The Impacts of Bike Parking for Local Businesses

Not only do bike lanes add benefit to local businesses, but so do bike corrals. What is a bike corral? “On-street Bicycle Parking Corrals make efficient use of the parking strip for bicycle parking in areas with high demand. Corrals typically have 6 to 12 bicycle racks in a row and can park 10 to 20 bicycles.” This uses space otherwise occupied by one to two cars. Bikeways are great ways to get people to businesses or at least pass them by, but having ample bike parking can be the difference between cyclists stopping or continuing on. Here are a couple of reminders from the article “3 Reasons Portland Retailers Have Embraced Bike Parking:”

While certainly important, that is not the only consideration when installing bike parking in front of businesses. “But as more Americans use bikes for their daily errands, more retailers are thinking twice about their assumptions and realizing that once biking becomes easy and comfortable, busy neighborhoods are actually the perfect places to swap out auto parking.” There is a wait-list in Portland for businesses applying to have car parking removed in favor of installing bicycle parking in the form of bike corrals. Clearly, local businesses see the importance of bike parking over car parking, and they are willing to give up precious auto parking out front to cater to the needs and demands of bicycling consumers.

Alison Lee in her Master’s thesis What is the Economic Contribution of Cyclists Compared to Car Drivers in Inner Suburban Melbourne’s Shopping Strips? noted that businesses have a higher return on investment when they forgo car parking for bike parking. In an analysis of the economic return on a parking spot in front of a business, Lee noted that in the end bicycling customers collectively will spend more than motorists in the same time period. A 140-square-foot parking space can hold either one car ($27 per hour parked, according to shopper behavior), or up to six bikes ($16.20 each per hour parked). It comes out to 19 cents per square foot: retail revenue per hour of occupied on-street auto parking, or 69 cents per square foot: retail revenue per hour of occupied bike parking. “So it’s not just out of the kindness of their hearts,” Andersen writes, “that retailers in San Francisco, Minneapolis, Portland and Chicago are happily swapping on-street auto parking spaces for bike parking corrals, sometimes in the face of steep bureaucratic obstacles. For them, efficiently functioning neighborhoods are a matter of survival.”

On-street bike parking (bike corrals) does more than provide a space to park bicycles. It also helps bolster a vibrant sidewalk scene that is good for pedestrians. “Bars and restaurants have capitalized on this new infrastructure, which provides a buffer from moving traffic, by adding outdoor seating for sidewalk cafes. Because demand is so high, the city must place future corrals strategically and may institute a fee for installation.” All of this supports the same outcome of boosting localism which entails spending locally and supporting neighborhood businesses. Particularly for small businesses, gaining a better understanding of consumer choices and spending is essential not only for their survivability but success.

Consumer Choices and Spending of Bicyclists

A perceived detriment of doing such things as removing auto parking in favor of bike corrals would be the fear of losing a valuable customer base, especially those who drive autos who could conceivably buy more due to their larger carrying capacity. This is a legitimate concern for businesses considering the possibility of foregoing a car parking spot in front of their business. However, recent research reveals the differences in spending between customers who arrive at businesses via bicycle, auto, or on foot (to build on what we just explored).

• When trip frequency is accounted for, the average monthly expenditures by customer modes of travel reveal that bicyclists, transit users, and pedestrians are competitive consumers and, for all businesses except supermarkets, spend more on average than those who drive.

• The built environment matters: We support previous literature and find that residential and employment density, the proximity to rail transit, and the amount of automobile and bicycle parking are all important in explaining the use of non-automobile modes. In particular, provision of bike parking and bike corrals are significant predictors of bike mode share at the establishment level.

Writing for The Atlantic Cities in her article, “Cyclists and Pedestrians Can End Up Spending More Each Month Than Drivers,” Emily Badger notes, “bikers actually out-consumed drivers over the course of a month. True, they often spent less per visit. But cyclists and pedestrians, in particular, made more frequent trips (by their own estimation) to these restaurants, bars and convenience stores, and those receipts added up.” What this preliminary research reveals about consumer choices and spending by bicyclists and their economic impacts is that as a grouping they spend just as much as auto-users. One of the key points of difference is that shoppers traveling via bicycles are apt to stop more frequently.

What this highlights is that not only are bicyclists just as robust in their shopping as those who arrive in autos, but the fact bicyclists stop more frequently reveals one of the biggest incentives for businesses to offer on-street bike corrals: It is good for business. But what about the employees themselves? How do bike lanes and bike parking impact them?

The Influence of Bicycle Infrastructure in Recruiting Talent

The article “Good Bike Access Helps Score Greater Workers, Portland Firms Say” shows that bicycle access was influential in site selection for businesses relocating to parts of the city that have an ample bicycle infrastructure (bikeways and bike parking).

In 2010, Jay Haladay, owner and CEO of Portland-based construction software firm Coaxis, invested $17 million to redevelop a central-city warehouse so his company could move from the side of a suburban highway to a location on central Portland’s riverside bike loop. “This is all part of an effort to differentiate ourselves as an employer of choice,” Haladay said. “You can't just throw benefits at people. You can’t just have pizza at lunch.” Bicycle access, Haladay said, lets a Portland employer play to its location’s strengths. In this labor market, he’s concluded, “any company that doesn't include it in its fabric of company culture is making a mistake.”

That is not the only consideration on the part of businesses relocating to districts and neighborhoods that are bike amenity-rich. Portland employers have indicated that bicycle commuting tends to boost productivity. But they’ve also found that locating in a bikeable part of the city is a great tool for workers. “But more than anything, most agreed, the benefit of a bike-friendly worksite is simply that these days, valuable workers seem to prefer it.” It is an urban amenity that appeals to a growing number of workers.

Bicycles are beginning to reshape the landscape of American cities. Bicycling as a mode of transportation brings with it a certain amount of economic benefits ranging from the influence bike lanes have on adjacent businesses, the value of real estate, the recruitment of talent, and easier access for customers who ride bikes. The economic benefits of bike lanes, bike parking, and other bicycle facilities and infrastructure is positive for businesses who are trying to woo not only customers but top-notch employees as well.

Reprinted with permission from The Bohemian Guide to Urban Cycling, by Sean Benesh, and published by Urban Loft Publishers, 2014.
- May 10, 2017